I took a break from this blog over the holidays. A chance to think, read and figure out better stories, but also to clean closets, throw away old and unmatched socks, paint a few walls in the house and eat a lot of pizza. I went to different pizza places and also to some of my favorite ones, where I don’t set foot as often as I would like to.  Part of my family doesn’t think pizza is a substantial dinner as much as I do. Pizza for them is a sort of rushed lunchtime meal or something uncompromising that you order in when you are too lazy to cook on a movie night. I grew up with a very different idea about the round pies and later I also tasted pizza in different parts of the world.

I grew up in São Paulo, a multicultural city with a big room in its heart for the Italian community. The Italian immigration shaped a lot of our culture, industry, food, and even our accent (people say we speak Brazilian Portuguese with an Italian intonation). Paulistanos, people born in São Paulo, consider their pizza the best in the world. Maybe it’s an exaggeration, but one of my favorite pies is the Catupiry pizza, made with a creamy, delicious 100% Brazilian cheese that you don’t find easily in other countries.

Another interesting fact about pizza in Brazil: it’s mostly a dinner dish. Pizzerias are not even open until 7pm and if you go to an Italian restaurant for lunch and order pizza, probably someone will tell you “We just make it at dinner time.”

We don’t buy as many pizzas by the slice as we do in New York or even in Italy, and we always eat the round pie with fork and knife (like the Italians and the French). When I moved to New York, I had to learn the local technique of folding the pizza skillfully and eating it as a sandwich, sometimes on the move, being careful not to waste the sauce and the melted cheese. Mastering how to handle the New York pizza requires a lot of practice, but after I could manage the extra-large slice (almost the size of an individual Brazilian pizza) without dropping the toppings on the road I felt like a local.

We can’t talk about pizza without mentioning Italy. Most food historians agree that it was born in the poorest areas of Naples and shaped, as we know it today, by the end of the 18th Century. Neapolitans still dictate the general rules for the vera pizza napoletana, the real one: wood stove at 905 degrees Fahrenheit, dough made and opened by hand (no tools!), a diameter not larger than 13.7 inches and just 0.12 inches thick in the center.

Another place where I usually find great pizza is Paris, maybe because there’s a large Southern Italian population in France, or maybe because the French are as serious about food as the Italians. One problem, though…I don’t like one of their most popular pizzas, the Fiorentina, a hearty pizza pie with an egg cracked in the middle. The egg is cooked, but just enough so that you can pierce the yolk and spread it over the pizza. Thank God there is always a Margherita or a Marinara on the menu.

All over the world there are so many variations and infinite combinations of ingredients that can be laid over a perfect mixture of flour, water and olive oil. What about you? What’s your favorite pizza in the world? 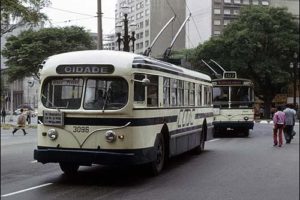