Today is a special day for Italian language lovers like me: it’s Dantedí, or Dante’s Day. March 25th is the day when Dante Alighieri started the trip to the Hereafter in his masterpiece The Divine Comedy, a book that transcends time and place. This year we also celebrate 700 years of his death. Dante is considered the father of the Italian language. I got to read and appreciate him while I was a student in Perugia, 25 years ago, although my best memories of Dante and The Divine Comedy are related not only to the impossible love of his characters Paolo e Francesca, and about the circles of Hell, Purgatory and Paradise. They are also infused with Martinis and cheese.

Paolo e Francesca were lovers in Dante’s 12th century Italy, the protagonists of the Canto V, in Hell. In life, they were caught in adultery by her husband, who killed both, sending them to the circle of the luxurious. In the poem, they are constantly dragged by a strong wind. Together, but forever in this condition, condemned to the divine punishment. This passage is famous in the Commedia and it touched me deeply at the time, as it has touched so many others over the last 700 years, especially if you have also been swept by forbidden love. 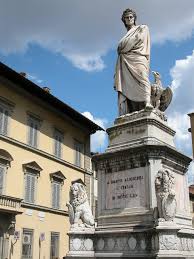 Forbidden love was part of the conversations I had with Kathärina, a Swiss student who became a friend for life. We used to attend Lectura Dantis class, a lesson in the end of the afternoon solely about the Divine Comedy. It was late fall, the dusk always rainy and deep grey. After the class was over, we, infused with Dante’s words, religiously went for a couple of Martinis at the Cafè Fortebraccio, in front of the university. The conversations started with Dante, but soon evolved to boyfriends, projects, and finished in meditations about life. I believe that was our homage to Dante’s timeless art, or maybe it was Dante throwing us a little spark from his seat in Paradise. Kathärina and I still call and visit each other. Our conversations never lost that touch. Like in Dante’s work, our friendship is immune to time and place. And my Martinis later became Negronis.

The poet is responsible too for my best memories of Florence and Italian cheese. During one of my trips there, I visited the Santa Croce Square for the first time. It was a sunny afternoon and with no extra money for a meal at a restaurant, I bought two delicious slices of cheese (don’t ask me which ones, this happened more than twenty five years ago), a loaf of bread just out of the oven, and a small bottle of Chianti. I headed to the square and sat at the steps of Santa Croce church, right in front of Dante’s statue. He is now a beloved son of Florence, overlooking his birthplace from this majestic pedestal. He loved this city so deeply, but he was sent to exile for political reasons, never allowed to return.
The cheese, bread and wine were delicious, and I wouldn’t exchange that meditative lunch with Dante for any fancy restaurant in the world. Over Dante’s spell I had other meditation about life. I vowed to pursue my Italian studies and to become a writer. Grazie, Dante. 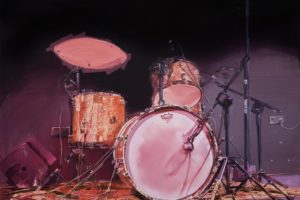 (Inspired by the painting “Professional Losers”, by Agata Kus)  [...] 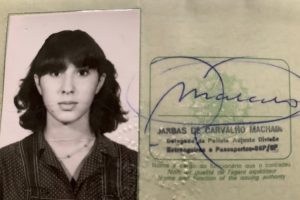 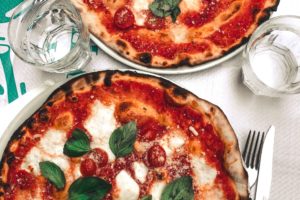