November 24, 2015 Posted by Ines Rodrigues Travel No Comments
[et_pb_section fb_built=”1″ _builder_version=”3.22.3″][et_pb_row _builder_version=”3.22.3″ background_size=”initial” background_position=”top_left” background_repeat=”repeat”][et_pb_column type=”4_4″ _builder_version=”3.0.47″][et_pb_text _builder_version=”3.24″]One block is the distance between the tiny Berder Island and the mainland in Brittany. You can cross by foot in two minutes, but you have to come back before the tide rises over the path. I drove every morning from our rented house to the Boulangerie in Larmour-Baden through the winding road by the bay, savoring the cobalt blue sea sprinkled by the morning sun, the air smelling a mix of oysters and fresh bread. I always stopped by the path to the island, hoping to make a quick exploratory cross before breakfast, but it was always flooded. The path was short, but no ordinary. I had no choice but to get back in the car and pick another piece of the baguette, already half eaten. I always bought an extra baguette to munch on the way home.

Tides are a serious issue in the Gulf of Morbihan, they seem as important in Brittany as food and wine are in the rest of France. Sailing and kayaking are the best things to do on this coast with golden sun, fierce winds and all-year-round cold water.
So we were careful: every day, before bringing the kayaks out, we would check the timetable, calculating the best hour to leave and come back.

My family and I visited a few charming islands using regular ferries: Île de Moines (Monk’s Island), Île d’Arz, Île Ilur. But the tiny Île de Berder, so close and so unattainable, fascinated me every morning. There’s no boat or bridge to reach it, just nature’s wish. No human could control the tides, except work around them with pathetic pieces of paper with the tides timetable, nailed to a board on the sidewalk that leads to the path. One morning, when I was checking the timetable for the day, I found out that my special path to that magic island was named in non-poetic human fashion: submersible causeway.

On the following Sunday morning, we drove by after feasting in the town open market and there it was, the causeway not submersed. We could see the once invisible oyster cages on both sides of the path, weed hanging by their sides like green lace curtains, shading the oysters from the pain of growing under the sun. We parked the car. A lot of people did the same. The narrow country road was packed. The path was greenish grey, wet and a little slippery. In two minutes we walked over it to meet a portico at the island’s main entrance.

We followed the path. Every now and then it led us to smaller trails, ending in deserted beaches facing the open sea still far away. The gulf is shaped as a circle with a small passage towards the great ocean. In the island there was also a boat cemetery and a grey empty mansion. All the rest was silence. The only sounds came from our feet, rustling on dead leaves under millenarian trees. In our shopping bag we had our baguettes, a precious bar of beurre salè, peaches the size of small melons and a generous slice of Comte cheese from the market. We missed the wine but who could predict a picnic at ten o’clock on a Sunday morning?

The scenery was too good, who could resist a post meal nap? Later, my 11 year-old son woke up with a loud whistle, the sound coming from the portico.
“The tide is up!”
Dazzled by midsummer dreams, we rushed through the path, shoveling food wrappings in the shopping bag. We were the last family to cross. Everyone was already on the other side, watching our dishevelment. Water was now over the causeway, rising fast, reaching our mid calves. I had to stop for a brief moment and look both ways. The oyster cages and the muddy rocks we stepped in and hour before had disappeared. Submerged. Sheltered.
[/et_pb_text][/et_pb_column][/et_pb_row][/et_pb_section] 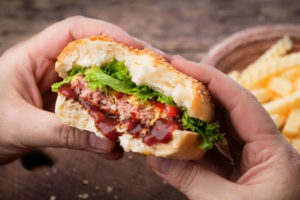 When food is no fun

When food is not fun. It happened to me a lot over the years. It doesn’t matter if you are heading from Grand Central Station to the suburbs, if you are on... 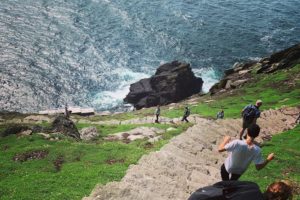 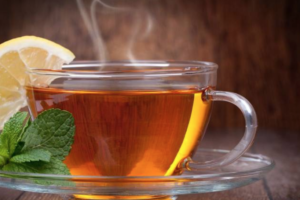 His apartment was sparse. We sat in the kitchen a[...]