Hassam’s feet are thick as leather under his sandals. They almost blend with the dusty stripes. How many walks in the Sahara are enough to acquire feet like that?

“He probably can walk barefoot in the desert”, I thought; sweat dripping from my forehead while I rode a camel in a caravan, following Hassam’s lead under the sun.

His job was to guide the camels back and forth from tourist camps in the middle of the dunes, one hour or more away from the town of Merzouga, gateway to desert’s infinity.

He talked to everybody all the way, as resilient to sun and sand as his camels.

“I speak English, French, Spanish and Portuguese. What about you?” he said.

“We can try Portuguese or English”, I said.

He talked about Bossa Nova for a while, mixing Portuguese, Spanish and English.

Hassam is rail thin and has long hands with long nails. He wears a white tunic tinted by the desert sand and a turban too big for his head. He pulled the camels gently, while pointing East to endless sand and rocks:

“That’s Algeria. That’s where I’m from.”

We were not far from the Morocco-Algeria border. As the camels carried our weight I imagined riding them all the way through the Sahara to Libya and Egypt. Camelbacks are too large and a little uncomfortable though. Thank God our ride wouldn’t reach Algeria.

We stopped at a desert camp for the night and Hassam was still talking: about camels, about the Sahara, about the tourists he met every day. But he was also curious and asked a million questions. I guess that’s how he can communicate in a bunch of different languages.

As I jumped off the camel he quickly tied the animal’s back legs with a rope and forced him to sit down. I was horrified and started asking about the way he fed the camels and if they suffered.

“Don’t you need to eat and drink every day? Camels are the same. We feed them, we give them water, they are happy.”

I didn’t agree, but it was better to leave the argument as it was, thank him and head for my tent as the sun went down. I’m not part of the desert fabric.

The group of tourists had dinner, played music and walked around with flashlights to see the stars from the top of dunes.  Nothing prepares you for the beauty of stars in the desert. It’s the power and magic of the universe against our humble steps on the soft sand, our footprints constantly wiped out by the wind. But we insist, we walk those paths over and over until we grow desert feet. 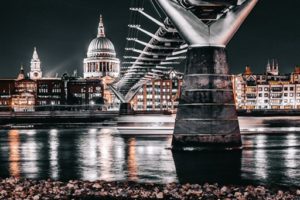 (London, UK) I moved from London to New York sixteen[...] 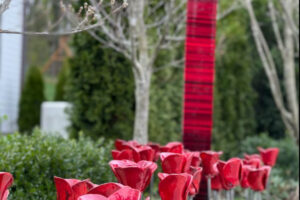 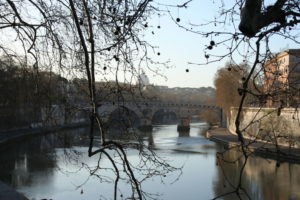